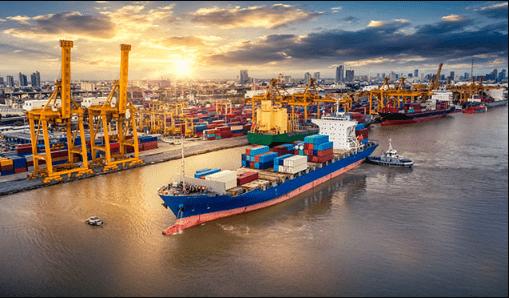 The volume of global maritime trade is projected to recover in 2021 and expand by 4.8 per cent, the United Nations Conference on Trade and Development (UNCTAD) has said.

In its Review of Maritime Transport 2020, UNCTAD said the recovery is, however, fraught with uncertainty as many factors can “significantly influence the outlook”.

According to the report, amid supply chain disruptions, demand contractions and global economic uncertainty caused by the COVID-19 pandemic, the global economy was severely affected by a twin supply and demand shock in 2020.

These trends, it said, unfolded against the backdrop of an already weaker 2019 that saw international maritime trade lose momentum.

“Predicting the timing and scale of the recovery is also challenging, as many factors can significantly influence the outlook. Bearing this in mind, UNCTAD projections indicate that maritime trade will recover in 2021 and expand by 4.8 per cent.

“As the debate on the recovery continues to evolve, it is becoming clear that disruptions caused by the COVID-19 pandemic will have a lasting impact on shipping and trade.

“These disruptions may trigger deep shifts in the overall operating landscape, together with a heightened sustainability and resilience-building imperative.

“Depending on how these patterns unfold and interact, the implications for maritime transport can be transformational. Further, risk assessment and management, as well as resilience-building to future-proof supply chains and maritime transport, are likely to feature more prominently on policy and business agendas.

“While maritime transport could emerge as a catalyst supporting some of these trends, it will also need to brace itself for change and adapt and ensure that it is also well prepared to enter the post-COVID-19 pandemic world,” the report said.

According to UNCTAD, owing to the slowdown in the world economy and trade, growth in international maritime trade stalled in 2020 and reached its lowest level since the financial crisis of 2008-2009.

“Developed and developing economies alike were affected, reflecting the continued trade tensions between China and the United States as well as the overall weakening of the world economy,” it said.

According to the report, dry cargo continued to account for over two thirds of total maritime trade volumes in 2020, while liquid bulk commodities, including crude oil, refined petroleum products, gas and chemicals, accounted for the remaining share.

It said less than two per cent of world maritime trade in metric tons and seven per cent of containerized cargo are estimated to be subject to the new tariffs introduced by China and the United States.

Significant declines were also observed in the value of trade in chemicals, machineries and precision instruments, with drops above 10 per cent. By contrast, trade in agri-food products and electronics fared comparatively better.

There was also an apparent easing in the trade tensions between China and the United States that may be associated with the first phase of a trade agreement between the two countries signed in January 2020, it added.

“Initial expectations were that a moderate improvement in global economic conditions would occur in 2020. However, the unprecedented global health and economic crisis triggered by the COVID-19 pandemic in early 2020 undermined the growth prospects for maritime transport and trade.

“A black swan event that is extremely rare and unpredictable, with potentially severe consequences, the pandemic and its global fallout transformed the world. While making a precise assessment of the immediate impacts and longer-term implications is a challenging task, there is no doubt, however, that the outlook has significantly deteriorated and has become more uncertain,” the UNCTAD report said.