How $176bn Customs modernisation project ran into a storm 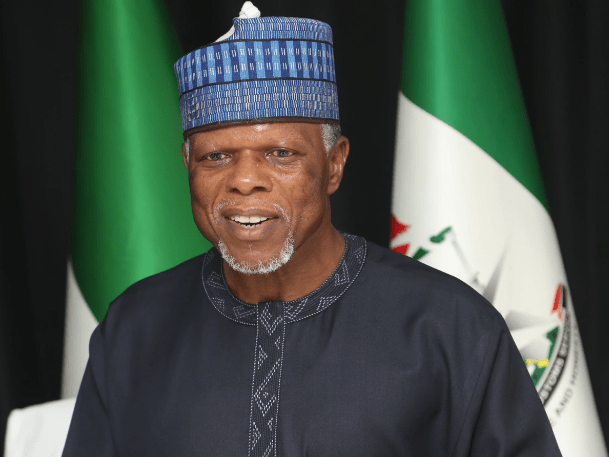 The so-called Customs modernisation project, touted to deliver revenue to the tune of $176 billion to the Federal Government over a 20-year period, is currently threatened as a promoter of the project, Bionica Technologies, has dragged the Federal Government and the Nigeria Customs Service (NCS) before a Federal High Court sitting in Abuja.

Bionica accused the defendants of illegally replacing it as the lead promoter of the Customs modernisation project.

In a memo dated September 17, 2019, signed by the late Chief of Staff to the President, Abba Kyari, the Ministers of Finance and Justice were informed that President Muhammadu Buhari had approved the engagement of Bionica Technologies West Africa (lead sponsor), Bergmans Security Consultant & Supplies Ltd (co-sponsor), Africa Finance Corporation (lead financier) and Huawei (lead technical service provider) to establish a special purpose vehicle to enter a 20-year concession arrangement with the Nigeria Customs Service and the ICRC for the Customs modernisation project with the aim of establishing a paperless Customs administration, the so-called e-Customs.

After President Buhari’s approval, the relationship between Bionca and Bergmans went sour. The dispute between the two companies reportedly arose over the shareholding structure of the original SPV named E-Customs HC Project Limited).

On May 17, 2022, the Nigeria Customs Service announced the signing of the e-Customs public-private partnership contract with Trade Modernisation Project Limited (TMPL). In the announcement, Bergmans was reportedly recognised as the sponsor of the e-Customs project instead of Bionica.

The announcement was sequel to the incorporation of TMPL as the new SPV for the Customs modernisation project rather than the E-Customs (HC) Project Limited registered by Bionica and approved by the Federal Government for the project.

Bionica was not included in TPML, which was registered on April 7, 2022 – less than eight weeks before it replaced E-Custom (HC) Project Limited as the SPV for the e-Customs project. The officials of Bionica allege that TMPL’s lead sponsor, Bergmans did not participate in the project development and bidding phase but was somehow brought into the project in 2018 by Customs Comptroller-General, Hameed Ali.

In compliance with procurement laws, NCS advertised bids for its modernisation project, and 94 firms submitted proposals, from which 16 were shortlisted. According to documents, Bionica’s bid was submitted in October 2016 and at the request of the NCS, made presentations of the modernisation project design to the management and ICT team of the Nigeria Customs Service between January and February 2017. Between May and June 2017, Bionica reportedly funded and embarked on a six-week-long assessment of Customs facilities across the country in anticipation of the approval of its proposals.

On November 11, 2017, the NCS conveyed its official approval for the e-customs project to Bionica. This was the precursor to approaching the regulatory authorities including the Infrastructure Concession Regulatory Commission (ICRC) and the Nigeria Information Technology Development Agency (NITDA) for the necessary oversight responsibilities and approvals. At this point, along with Bionica, Huawei Technologies and Africa Finance Corporation (AFC) were listed in official documents as partners in the project.

In March 2018, the NCS, in a letter titled “Presidential Initiatives On Custom Modernization: “E-Customs Project” (Establishment Of A Digital/Paperless Customs Administration)” to President Muhammadu Buhari, listed Bergmans Security Consultants as “co-sponsor of the project. It was the first time Bergman would appear in official documents concerning the project. In the letter signed by the Customs Comptroller General, Hameed Ali, Bionica was listed as the “lead sponsor” of the project, Africa Finance Corporation as the “lead financier”, and Huawei as the “lead technical service provider”.

In the suit filed by Bionica at the Federal High Court, Abuja, Bionica claimed that Customs Comptroller-General, Hameed Ali brought in Bergmans as co-sponsor and promoter of the project “despite playing no role whatsoever in the build-up” to the project approval process.

In June 2018, following Ali’s letter, President Buhari, through his Chief of Staff, the late Abba Kyari, directed ICRC to conduct due diligence on the e-customs project and undertake negotiations toward a draft concession agreement and a full business case for approval by the Federal Executive Council (FEC).

In another letter dated August 9, 2019, Ali informed the President that the technical and commercial proposal had been submitted to the ICRC “which has conducted due diligence and certified the same suitable. In the letter, Bionica and Bergman were regarded as “co-sponsors” of the project while Huawei was described as “lead technology provider”, and AFC as “lead financier”.

On September 17, 2019, President Buhari conveyed his anticipatory approval for the establishment of a special purpose vehicle (SPV) by Bionica, Bergmans, Huawei and AFC to enter into a 20-year concession arrangement with the NCS and ICRC for the Customs modernisation project. The President also directed the Attorney-General of the Federation as well as the Minister of Finance, Budget and National Planning to finalise a concession agreement between the NCS, ICRC and the SPV.

Subsequently, a draft concession contract was negotiated and agreed upon by the parties. On December 5, 2019, Justice Minister, Abubakar Malami, approved the draft concession agreement. The Nigeria Information Technology Development Agency (NITDA) gave its approval on May 11, 2020, while a Full Business Case Compliance Certificate was issued for the project by the ICRC on July 16, 2020.

On September 17, 2020, the Federal Executive Council (FEC) ratified the anticipatory approval earlier granted by President Buhari. The FEC approval followed a memo submitted by the Minister of Finance, Budget and National Planning, Zainab Ahmed, who stated the project had scaled the required regulatory hurdles and the concession agreement had been duly vetted by the Minister of Justice and Attorney-General of the Federation, Abubakar Malami. The Council approved E-Customs (HC) Project Limited (which Bionica is a part of) as the concessionaire for the project.

How TMPL become the new SPV

Shortly after the FEC approval, Customs Comptroller-General Hameed Ali reportedly sent a letter to President Buhari, claiming that Bionica had indicated its unwillingness to proceed with the project. He said Bergmans, Huawei and AFC however remained committed to the project. He, therefore, asked that a new SPV be formed to proceed with the project, giving rise to the incorporation of Trade Modernisation Project Limited (TMPL) in April 2022.

The Customs modernisation project contract was formally signed between the NCS, ICRC and TMPL on May 30, 2022.

Feeling sidelined, Messrs E-customs HC Project Limited and Bionica Technologies (West Africa) Limited on June 17, 2022, dragged the Federal Government and the concerned agencies before the Federal High Court Abuja, challenging the alleged “unlawful and fraudulent” concession of the e-custom project to the defendants TMPL. The two plaintiffs had in their statement of claim narrated how they proposed to carry out the Customs modernisation project for the benefit of the Nigeria Customs Service.

They averred that on September 2, 2020, the Minister of Finance presented a memo number EC2020/153 to the Federal Executive Council, FEC – the highest decision-making body of the Federal Government, and secured approval for the two plaintiffs to be granted the concession.

They further claimed that trouble started when the Nigeria Customs Service unilaterally reviewed the FEC approval and imposed other conditions among which are shareholding formula and governance structure.

They claimed that the power of the NCS to unilaterally review FEC approval was protested and that the Comptroller General of Customs stood his ground.

The plaintiffs asserted that to their surprise, they read in the news that the Nigeria Customs Service had executed the concession agreement with TMPL on May 30, 2022 “in total breach of the Concession Agreement vetted by the AGF in conjunction with the Minister of Finance”.

They averred that Trade Modernisation Project Ltd (TMPL) was incorporated in April 2022 at the Corporate Affairs Commission with one Alhaji Saleh Amodu, a close friend of the Comptroller General of Customs as the Chairman.

They argued that the new company has been just incorporated in April 2022 could not have obtained and did not obtain the Full Business Case compliance certificate from the Infrastructure Regulatory Concession Commission (ICRC) and the approval of the Federal Executive Council (FEC) to carry out the e-Customs project.

They, therefore, asked the court to make a declaration that the decisions of the Federal Government and its agents to enter into a concession agreement with TMPL, Huawei Technologies Company and African Finance Corporation in respect of the e-Customs project is illegal, null and void, having been made in gross violation of Section 2 of the Infrastructure Concession Regulatory Commission Act 2005.

The Federal Government said the disagreement among partners that formed the consortium for the project delayed its take off despite efforts by the government through the office of the Attorney General of the Federation and Minister of Justice to mediate. Clearly, while the dispute festers, the e-Customs project might tarry longer.