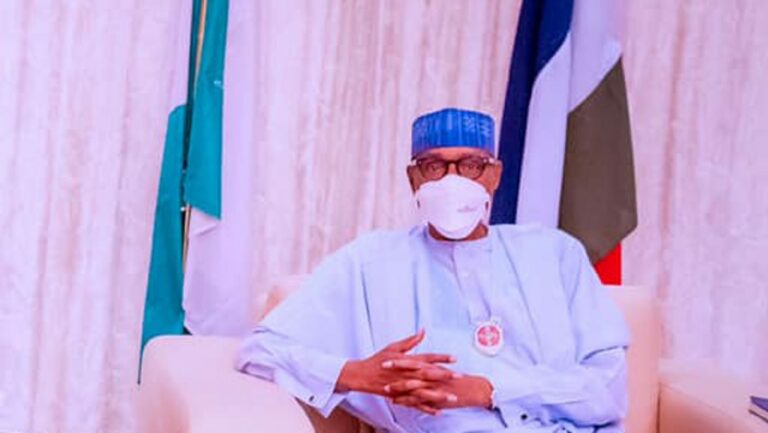 Despite an appreciable surge in the number of new investors angling to float local airlines, the industry is much more in a precarious zone with operators struggling with depleted fleet capacity and low market penetration.

By total fleet capacity, the country parades over 100 assorted commercial airplanes out of which over 48 are grounded. That depletion earns the country less than five per cent coverage of its over 200 million local population, 10 per cent of West African market share and about two per cent of the African market, despite the largest population density.

While new start-ups and a rash of leased aircraft have surfaced lately, the burden of keeping up with routine maintenance programmes, a spike in the cost of aviation fuel, and multiple charges remain an albatross on sustainable air transport.

Conspicuously missing too is the current administration’s promises to the sector, especially in the areas of aircraft leasing companies and Maintenance Repair and Overhaul (MRO) facilities to meet local demands and defray huge capital flight.

Apparently unimpressed with the worsening state of affairs, stakeholders have warned that the sector risks collapse without urgent intervention. They said, while investors and operators are braving the odds to place orders for new aircraft and lease capacity in the short run, the government should do its bit in creating an enabling and stable business-friendly environment that works for all.

Indeed, in local and continental aviation, Nigeria is clearly not living up to its aerial potential. With over 200 million people and an airport in almost all 36 states of the federation, the industry has only nine million local air traffic, yearly, – being one of the lowest population-to-air-travellers’ ratios on the continent.

Director-General of the Nigerian Civil Aviation Authority (NCAA), Capt. Musa Nuhu, noted that the sector recorded growth in the number of new investors in 2021. Three new airlines (United Nigeria, Green Africa and Cally Air) did join the existing seven carriers, while the apex regulatory body had 15 requests for Air Operator’s Certification (AOC) pending as of December.

But fleet capacity is yet to feel the boom. Air Peace airline has 34 aircraft in its fleet, to earn it the biggest airline in West Africa and the sixth largest in Africa. Though it welcomed the fifth of its 13 brand new Embraer 195-E2 jets at the twilight of 2021, the airline has only 20 aircraft in operations at the moment, five of which were recently damp-leased Airbus 320s from Malta.

Arik Air ranks second in local industry capacity, with 37 aircraft before it came under receivership almost five years ago. It currently flies 11, at least two of which are on dry-lease programmes.

Aero Contractors parades eight-aircraft fleet, The Guardian learnt. Four are in operation. Of the four, two Airbus 320s are on wet-least, also known as ACMI.

Ibom Air, in three years of impressive performance, has acquired seven aircraft, two of which are leased. Dana Air parades seven aircraft, out of which five are in operation. United Nigeria has five; one of them is on the ACMI programme. Azman also has six aircraft, of which four are in operation. The rough estimate of seven out of the 10 operating airlines showed 104 commercial aircraft in all, out of which 56 are active, 48 grounded and 12 on a lease arrangement.

Chief Operating Officer (COO) of one of the airlines told The Guardian that the figures mirror the “dire” situation in the industry.

“No matter how well we try, we cannot give what we don’t have. All the airlines are struggling to keep the safety standard to survive. The challenges are just too enormous for any operator and regulators to pretend as if they are not there. We have the aircraft, but not the dollar requirements to pay for overseas repairs or spare parts. So, the aircraft stayed grounded and nobody seemed to care. 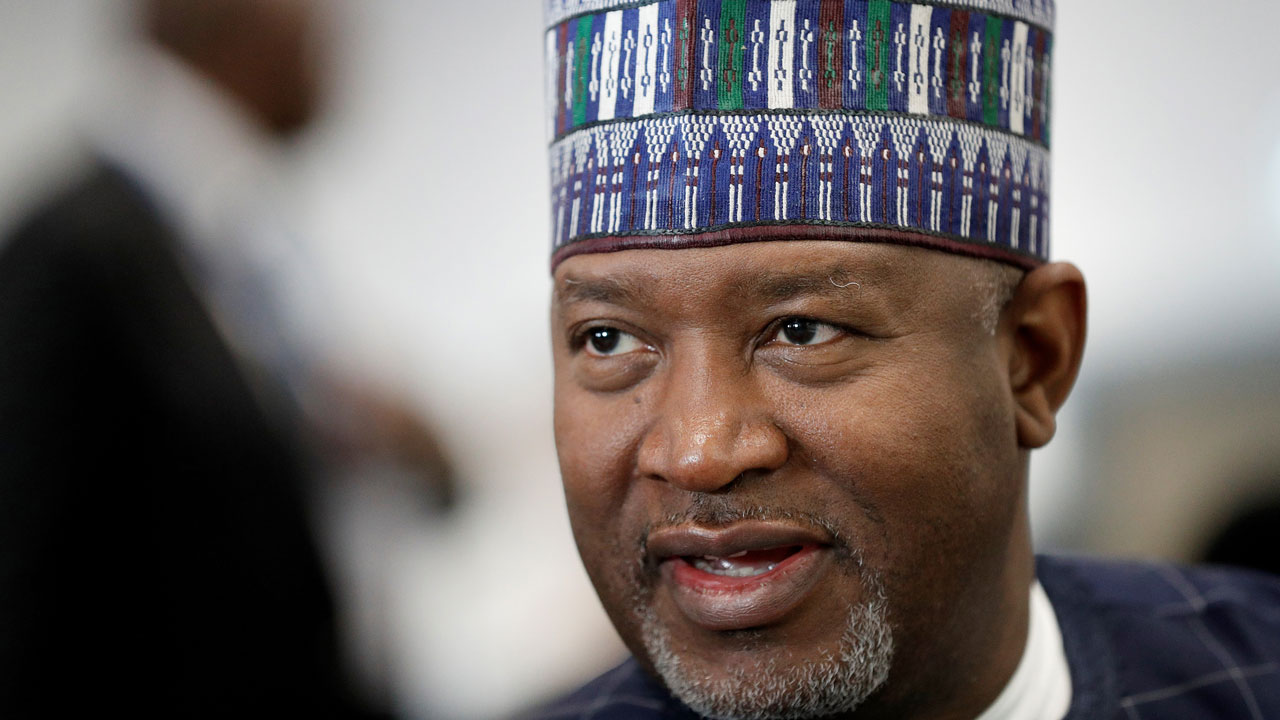 “You cannot blame the operator for not sourcing a $2 million single repair bill at N575/$ black-market rate, because he earns no such money from travellers. Rather, ask the government what they have done to avail FX at an official rate to airlines or what exactly has this government done to alleviate the plight of the aviation industry and improve the operating environment? None! The COVID-19 palliative budget for the operators, did we get it? Where is the MRO facility that they promised? Are we better off than we were seven or two years ago? No! And that is the problem,” he said.

Aero Contractors, the oldest commercial carrier in the country, currently under receivership, is now showing signs of distress with its inability to pay salaries.

Aggrieved workers complained that the “distress” was not unconnected with the leased Airbus 320 airplanes “to replace” Boeing737s. In the process, wage bills of top managers had allegedly ballooned, with attendant heavy debt burden on the carrier.

One of the workers noted that the leased airplanes were planned for northern route operations. “But when they arrived, the aircraft started competing with our Aero aircraft on our lucrative routes, collecting our passengers, revenue and remitting fares from only three seats of an aircraft of almost 200 capacity.

“Last December, they collected N35, 000 airfare per passenger and over 80, 000 passengers booked. Unfortunately, one of their (leased) aircraft had an issue and could not fly. They used Aero’s B737 to ferry passengers, made huge amounts and paid themselves (managers) while the workers were lamenting.”

“Some of the workers have already been paid and others will also get theirs soon. There is hope that the airline will bounce back once our airplanes resume operations,” the official said.

Former president of the National Association of Aircraft Pilots and Engineers (NAAPE), Isaac Balami, earlier told The Guardian that Nigerian carriers had been deploying more medium-range aircraft for short-haul domestic flights, describing it as the bane of unaffordable cost of maintenance, business failure and a high number of unserviceable aircraft.

Balami, an engineer and CEO of 7 Stars Global Hangar, said he was not surprised by the high toll of grounded aircraft, given that Nigeria accounts for 80 per cent of all aircraft in the West and Central African region, the majority of which are the Boeing series.

“The problem with that is the flight-cycle and maintenance requirements. The aircraft engine and maintenance schedule are measured by the flight cycle. Lagos-Abuja is less than one hour, compared to other countries that use Boeing737 for three or four-hour flight duration. I was on a Boeing jet engine from Abuja to Jos in just a 21-minute flight cycle. And once you have reached your flight-cycle number, irrespective of the hours flown or passenger traffic, you must go for maintenance,” he said.

Balami said further that it was regrettable that the government has not deemed it fit to establish a Maintenance Repair and Overhaul (MRO) facility in Nigeria since 60 years of independence.

He said efforts by private sectors to establish the critical facility to support both airlines and the industry had been frustrated by government policies and the refusal of banks to support the venture. 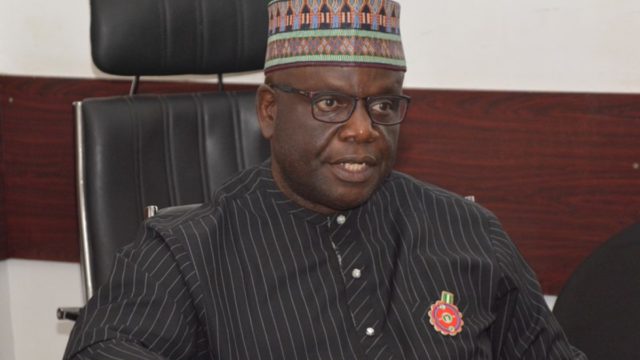 Okonkwo noted that fuel alone accounts for between 30 to 40 per cent of aviation revenue. “The FX on our day-one was N340/$. Now, it is N450/$, if it is available on the official window, otherwise, we get it at N570/$ on the black market. The first ticket we sold was N23, 000, but the (base) ticket has not gone beyond N30, 000. It means those tickets are being subsidized by airlines just to meet up with the cost of operations.

“Yet, for every ticket you sell, you have five per cent in Ticket Sales Charge (TSC) going directly to the Nigerian Civil Aviation Authority (NCAA). From the ticket, you also pay the Federal Airports Authority of Nigeria (FAAN) and the Nigerian Airspace Management Agency (NAMA) and other charges. What remains?”

To save the carriers from the dire situation, Obiora said there is a need for special funding for the sector that heavily supports the economy.

“Operators are looking for solutions to many of these challenges. We can’t talk about safety without looking at rising costs and proper financing of operations. An aircraft on the ground deserves urgent attention. We need the government’s support to achieve that,” Okonkwo said.

Ojikutu warned that things are not going to be easy for any airline if each of Arik, Aero and Air Peace, for instance, have 60 per cent of their fleet flying.

“The competition will level all of them to where each belongs. So, every airline’s business plan should demonstrate the operational costs, which will include costs of fuel, navigational charges, landing and parking fees, handling charges, catering, staff salaries, and statutory charges of five per cent TSC, VAT and the FIRS Corporate Taxes.

“Any airline that begins complaining after commencing operation does not know what to look for and if you don’t know what you are looking for, you will never find it,” Ojikutu said.