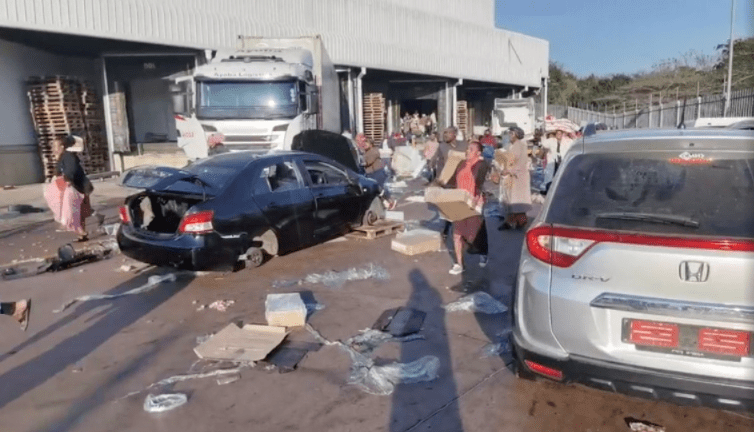 Maersk has shut down all its depots, warehouses and cold stores in Durban and Johannesburg, a company spokeswoman said on Wednesday, as looting in the two South African cities bearing the brunt of rampaging crowds continued.

“The port of Durban has had many of the terminals shut over the last 24 hours, however at this stage we have not triggered any contingencies that will cause ships not to call at Durban,” Kerry Rosser, the company’s Africa spokeswoman, said.

South Africa’s Durban port has suffered major disruption after days of unrest, and operations have also been badly affected at the Richards Bay port and on a national freight rail line, logistics and freight companies said on Wednesday.

The violence erupted last week in KwaZulu-Natal province, where Durban is located, after the jailing of former president Jacob Zuma but it has rapidly escalated in widespread looting and destruction in several other provinces.

Durban has one of the busiest shipping terminals on the African continent, and is a hub for exports including agricultural commodities and imports like crude oil and petroleum products. Richards Bay is home to a major coal export terminal.

State logistics group Transnet said in a statement that service levels at Durban and Richards Bay were impacted “as the entire supply chain is closed,” including roads into and out of the ports.

Sources said port health services at Durban had been closed, effectively preventing vessels from berthing because COVID-19 testing could not be carried out.