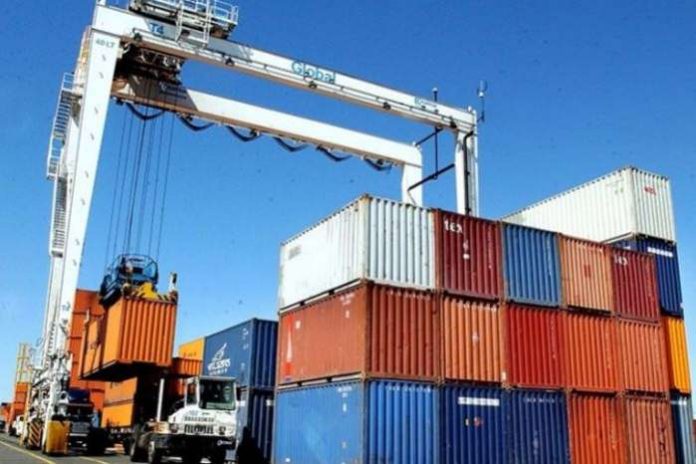 Nigeria’s imports from China are rising exponentially, compared to other major trading partners, including Europe, Asia and America, data from the National Bureau of Statistics (NBS) has shown.

Figures published in the NBS recent report showed that China dominates the import component of Nigeria’s merchandise trade and this has been the trend for a long time. It accounts for 49 percent (N2.01 trillion) of N4.17 trillion, the value of imports from Nigeria’s five major trading partners — China, Belgium, Netherland, US and India, in the first quarter (Q1) of 2021.

Similarly, 30 percent (N2.01 trillion) of the total imports (N6.85 trillion) from 10 listed countries and others during the period came from China. The other (non-major) import originating countries listed in the particular report include Germany, Russia, Italy, United Kingdom and South Korea. They constitute N822 billion of the N6.85 trillion, or 12 percent of total import value for Q1 2021.

Further analysis showed that total imports from China from Q1 2017 to Q1 2021 was N5.02 trillion, followed by the US with N1.93 trillion and Netherlands’ N1.01 trillion. India exported a total of N1.42 trillion goods to Nigeria during the five-year period, while Belgium took the bottom position among the five major countries with a total export of N1.01 billion.

Further examination of the published data shows that China’s N2.01 trillion exports to Nigeria accounts for 29.34 percent of Nigeria’s total imports of N6.85 trillion in Q1 2021, followed by the Netherlands’ export of N726.1 billion to Nigeria, which amounts to 10.6 percent of the total imports. The US accounts for 8.88 percent with Nigeria’s import of N608.12 billion from the originating country and India’s 8.6 percent with N589.1 billion. Belgium recorded the lowest figure with N238.5 billion or 3.48 percent of total Q1 2021 import.

By this, China’s total import to Nigeria during the five-year period exceeds those from Europe, the US and other Asian countries, respectively. According to the report, China played the bellwether role in the export of machinery, manufactured and energy goods among the 10 originating trading partners for import trade: China, Belgium, the Netherlands, US and India as majors; Germany, Russia, Italy, United Kingdom and South Korea as minors. There are other unlisted originating countries.

Further disaggregation of the NBS Foreign Trade in Goods Statistics data revealed that total merchandise trade for Q1 2021 stood at N9.757 trillion, representing 6.99 percent over the value recorded in Q4 2020 and 14.13 percent, compared to Q1 2020. The export component of the figure was N2.9 trillion or 29.79 percent of the total trade value while import was valued at N6.85 trillion, representing 70.21 percent.

The imported commodities from both major and minor originating countries during the period include Durum wheat (not in seed) worth N66.97 billion from Lithuania. Durum wheat also came from Latvia (N41.51 billion), Canada (N41.31 billion). Edible mixtures or preparations of animals, worth N82.86billion, was imported from Denmark. Herrings (Clupea harengus, Clupeapallasii) were imported from Russia (N15.8billion) and Netherlands (N14billion).Others are machinery and transport equipment accounted for N2.492 billion, Chemicals and related products N1.302 billion and Mineral fuel N981.68 billion.

Aside from being a key trading partner, China has joined the league of Nigeria’s major creditors, especially under the Muhammadu Buhari administration. According to the Ministry of Finance, Nigeria has obtained 17 Chinese loans to fund different categories of capital projects and Nigeria will still be servicing the Chinese loans till around 2038, which is the maturity date for the last loans obtained in 2018.

The Debt Management Office (DMO) put the total value of loans Nigeria obtained from China at $3.121 billion as at March 31, 2020.

However, speaking on Channels Television’s ‘Politics Today’ programme recently, the Minister of Transportation, Rotimi Amaechi, disclosed that the Buhari administration had only borrowed for the Kaduna-Abuja and the Lagos-Ibadan railway projects.

When asked how much of the Chinese loans obtained that the Federal Government had repaid, Amaechi said, “The right ministry to respond to that question is the Ministry of Finance. They borrow and they repay, but I think the last I heard about it, it was between a $100m to $150m repayment that we have done so far in the Kaduna-Abuja railway project.