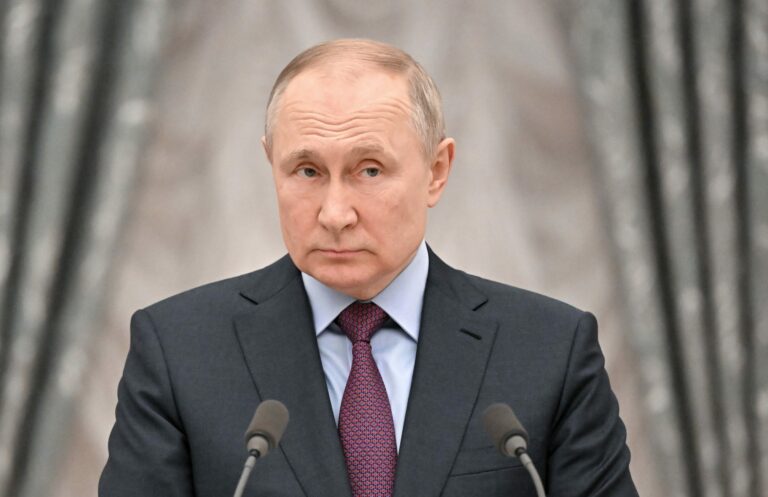 According to Ukraine’s border guard service, Russian troops attacked Ukraine from Belarus as well as Russia itself.

This is happening at about the same time the United Nations Security Council met for its second emergency meeting this week.

Al Jazeera quoted Russian media on Thursday reporting that President Putin had approved a “special military operation” in the Donbas region of Ukraine, where Moscow earlier recognised rebel-held territories in Luhansk and Donetsk and said they had asked for its “help”. Clashes between Russian and Ukrainian forces were only a matter of time, he added.

There have been airstrikes and sirens going off in the Ukrainian capital Kyiv, Odessa, Kharviv.

According to Ukraine’s border guard service, Russian troops attacked Ukraine from Belarus as well as Russia itself, with Belarusian support, at about 5 a.m. local time (07:00 GMT).

The agency said an attack had also been launched from Crimea, which Russia annexed from Ukraine in 2014.

“It would appear that military installations have been the target [of the attack] – there have been missile attacks and the number of casualties and level of damage is unclear at the moment,” Al Jazeera reported.

“But the whole sky was awash with red and orange when these missiles struck – some of which were apparently cruise missiles. And the main international airport did come under attack – it is not clear what the damage is there, but all air space is closed,” it added.

However, Vassily Nebenzia, Russia’s ambassador to the UN, told an emergency security council meeting that Moscow’s military operation against Ukraine was targeting “the junta” in power in Kyiv.

“I wanted to say in conclusion that we aren’t being aggressive against the Ukrainian people but against the junta that is in power in Kiyv,” he said.

Ukrainian President Volodymyr Zelenskyy made a brief national address to say that he was declaring martial law and that Ukraine would “win”.

Assuring Ukrainians of the military’s readiness, Mr Zelensky said “a minute ago, I had a conversation with President Biden. The U.S. has already started uniting international support. Today each of you should keep calm. Stay at home if you can. We are working. The army is working. The whole sector of defence and security is working.”

“No panic. We are strong. We are ready for everything. We will win over everybody because we are Ukraine.”

“Putin has just launched a full-scale invasion of Ukraine,” Ukraine’s Foreign Minister Dmytro Kuleba wrote on Twitter. “Peaceful Ukrainian cities are under strikes. This is a war of aggression. Ukraine will defend itself and will win. The world can and must stop Putin. The time to act is now.”

Mr Biden said in a statement he briefed Mr Zelenskyy on Washington’s and its allies’ planned next steps against Russia, including “severe sanctions”.

Russia’s UN ambassador Vasily Nebenzya, who is the current president of the Security Council, admitted to fellow members of the council that “special operations” were underway, insisting to the other ambassadors that the action did not amount to war and was a consequence of Ukraine’s actions.

“We strongly condemn Russia’s unjustified attack on Ukraine. In these dark hours, our thoughts are with Ukraine and the innocent women, men and children as they face this unprovoked attack and fear for their lives. We will hold the Kremlin accountable,” Ursula von der Leyen, EU Commission President wrote on Twitter.

The EU also imposed sanctions on Russia’s defence minister Sergei Shoigu, the country’s military chiefs, and other people close to the Kremlin in response to the escalating crisis in Ukraine.

“The 27-nation group says it is freezing assets and imposing visa bans on high-ranking officials that include not only the heads of Russia’s army, navy and air force, but President Vladimir Putin’s chief of staff, and the editor-in-chief of state-run English language television channel RT, according to the EU’s official journal,” Al Jazeera said.

The opinions expressed in this publication are those of the authors. They do not purport to reflect the opinions or views of AMG Logistics or its members. The designations employed in this publication and the presentation of material therein do not imply the expression of any opinion whatsoever on the part of AMG Logistics concerning the legal status of any country, area or territory or of its authorities, or concerning the delimitation of its frontiers.