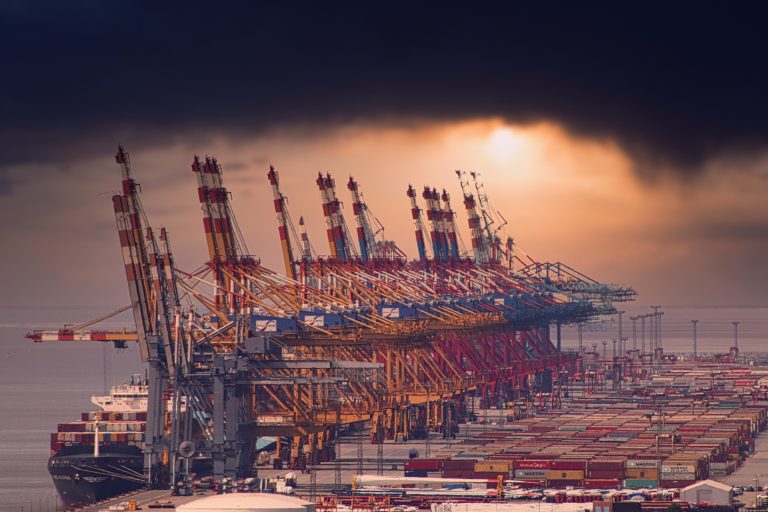 Maritime security and sanctions concerns are mounting, with the continued threat of increasingly violent piracy, cyber risks and interruptions, and AIS-related compliance and safety risks.

Allianz Global Corporate & Specialty’s (AGCS) latest Safety and Shipping Review warns of a number of risks to shipping that threatens the future stability of the industry.

AGCS statistical analysis found that the Gulf of Guinea is now the world’s piracy hotspot, accounting for over 95% of crew numbers kidnapped worldwide in 2020. Last year, 130 crew were kidnapped in 22 separate incidents in the region – the highest ever – and incidents continued in 2021. The analysis found that ships are also being targeted further from the shore, over 200 nautical miles from land in some cases. AGCS experts warn that the Covid-19 pandemic could exacerbate piracy: “Piracy is tied to underlying social, political and economic problems, which could deteriorate further with the impact of Covid-19. We may yet see recent piracy hotspots like Somalia re-emerge, in addition to the tragedy we already see in West Africa,” Captain Andrew Kinsey, senior marine risk consultant at AGCS, said.

The second area of concern for the insurance experts is cyber security. The ransomware attack against the US’ Colonial oil pipeline in May 2021 should serve as a wake-up call for the maritime industry, AGCS said, adding that all four of the world’s largest shipping companies have now been hit by cyber attacks.

The report cites security services provider BlueVoyant6’s statistics revealing that shipping and logistics firms experienced three times as many ransomware attacks in 2020 over 2019. “A spike in malware, ransomware and phishing emails during the pandemic helped drive a 400% increase in attempted cyber attacks against shipping companies through the first months of 2020,” the report said.

“To date, most cyber incidents in the shipping industry have been shore-based, including ransomware and malware attacks against shipping companies and ports,” said Captain Nitin Chopra, senior marine risk consultant at AGCS. “But with growing connectivity of shipping, and with the concept of autonomous shipping, cyber will become a more important exposure that will require more detailed risk assessment going forward.”

While the shipping community has grown more alert to cyber risk, reporting of incidents is still low as owners fear reputational risk and delays from investigations. There has, however, been an increased uptake of cyber insurance by shipping companies, although these have been mostly for shore-based operations, according to Justus Heinrich, global product leader marine hull at AGCS.

“However, the threat to vessels is growing as more and more ships are linked to onshore systems for navigation and performance management. Smart ships are coming, and we would expect demand for insurance to develop accordingly,” added Heinrich.

Another aspect of cyber risk comes in the form of geopolitics, with a concomitant increase in spoofing attacks on ships. These cause vessels to believe they are in a different position than they actually are.

“From a hull perspective, the worst-case scenario is a terrorist attack or nation state group targeting shipping in a bid to inflict damage or major disruption to trade, such as blocking a major shipping route or port. While this would seem a remote possibility, it is a scenario we need to understand and monitor,” said Chopra. “Although an accident, the recent blockage of the Suez Canal by the ultra-large vessel Ever Given is an eye-opener on many fronts as it shows the disruption a momentary loss of propulsion or steering failure on a vessel navigating a narrow waterway can cause.

A third security risk highlighted by AGCS is the ability to disable Automatic Identification Systems (AIS) on ships to hide positions, often to avoid trade sanctions. Turning off AIS transponders leaves the door open for a collision or grounding as ships are unaware of their true position.

AGCS points to a “myriad of US, EU and national sanctions currently target government agencies, individuals and commercial operators in countries like Iran, Russia, Venezuela and China … targeting the sectors that facilitate trade, including shipping companies, their financiers and insurers”.

In April, the US seized a Cameroon-flagged oil tanker for evading the country’s sanctions on trade with North Korea. AGCS reports that the vessel allegedly engaged in a ship to ship transfer of more than $1.5m worth of oil to a North Korean ship – and stopped transmitting its location information to avoid detection. “The use of AIS for sanctions enforcement has an unintended result,” Kinsey said. “It was introduced to make navigation of the seas safer, but now we see it is being used to track vessels. As a result, some ships have disabled AIS, which could obviously have a detrimental impact on maritime safety, given the potential for a serious incident to occur, such as a collision.”