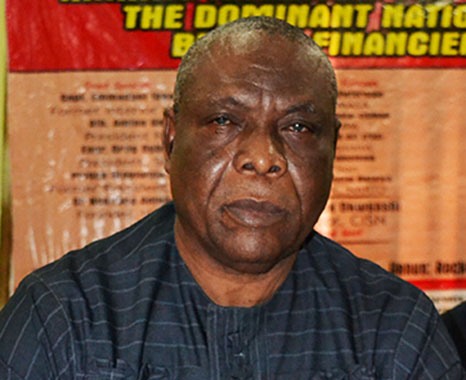 Nigerian shippers have stressed the need for the federal government to change the import policy to encourage shipping as trade imbalance and the high cost of doing business are taking a toll on importation into the country.

Rev. Jonathan Nicole, President, Shippers Association of Lagos (SAL), stated this in Lagos saying that the government was unduly putting all its eggs in one basket: the export basket, due to its determination to make the country less import-dependent.

According to him, “if there is no clear-cut adjustment policy; it will be free for all with people behaving as they want. As regards trade balance, if we are bringing imports for one country, for instance, Germany, they will also want to export their own goods themselves so that there will be balance in trade.

“And if we are saying that Nigeria cannot depend on importation and we are taking our goods to Germany, they will reject our goods and that is what we are going through now.

“A lot of countries rejecting our exports is not just due to high chemicals in our products but lack of trade balance is also a factor,” he said.

He urged the government to check the constant review of import rates as imports were now being taken to other countries with cheaper rates.

He noted that such a move would lead to shippers not progressing and the ports not making business coupled with the fact that Nigerian ports were termed to be excessively expensive.

“The cost of doing business in Nigeria has gone overboard, we do not have problems with goods coming in from Europe, but local problems such as high cost of clearing goods.

“Instead of spending three to five million Naira to clear your goods which is enough to bring in other goods, you go to other countries to do your business.

“Government does not give us palliative and we are talking about container deposit, shipping lines and agencies fees, all these things that are in contention in the court and it is taking the court eight years now to adjudicate this matter.

“So, is this how we should continue to trade? Most shippers are bankrupt due to loans borrowed from banks, the environment is not friendly for shippers at all,” Nicole said.

He urged the economic regulator to do the needful as shippers feel neglected with the many bills they pay for importation, noting that importation was already shrinking due to the bills.

“We are just feeling not protected, no palliatives, no incentives, demurrage are in contention, when there are public holidays we pay, likewise on Sundays there are no jobs, we pay, the bills are just too much,” he said.

Nicole pointed out that shipping lines presently did not have containers to import goods to the west coast.

He also lamented payment being made in hard currency to shipping lines in Nigeria and noted that these shipping companies did not allow them to make freight charges in naira in their countries.