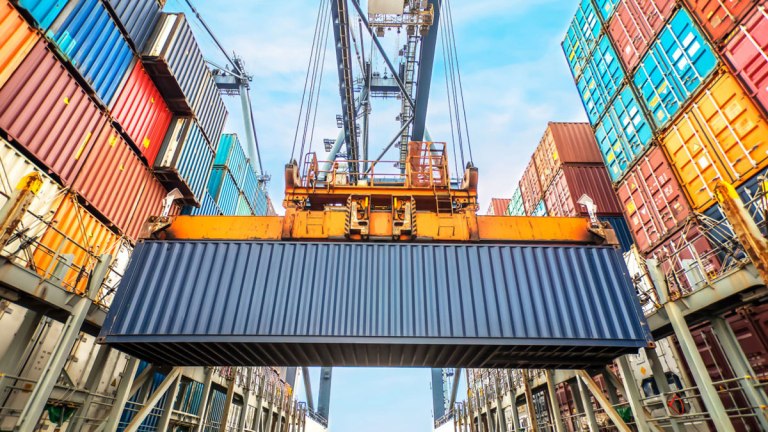 The report revealed that at the beginning of the port concession in 2006, THC collected by the operators stood at $232 per twenty-foot equivalent units (TEU) but fell to $180 per TEU by 2016.
The earnings of ports concessionaires is said to have nose-dived by about 22.4 per cent between 2006 and 2016, owing to depreciation of the naira, and rising inflation.
A report published by top global accounting and audit firm, Akintola Williams Deloitte, revealed that the Terminal Handling Charges (THC), which is the main revenue stream for terminal operators was responsible for the decline.Profits decline would not only mean lower returns on investment but also slow down the pace of development activities, particularly infrastructure at the portsAccording to Deloitte, “The Terminal Handling Charges is the main source of revenue for the Terminal Operators. This is the payment received from transferring cargo from ship/quay side to the yard for release to clearing agents/customers.”

The report revealed that at the beginning of the port concession in 2006, THC collected by the operators stood at $232 per twenty-foot equivalent units (TEU) but fell to $180 per TEU by 2016.

During the same period between 2006 and 2016, the terminal operators’ business was adversely impacted by the rise in Consumer Price Index/Inflation, with the CPI Nigeria rising to over 177 per cent since 2006.It further said: “foreign exchange (FX) fluctuation also impacted the value of the THC with over 224 per cent FX depreciation between 2006 and 2016.”The report, which was released by Deloitte Nigeria’s Director of Strategy and Operations, Bola Asiru; Senior Manager, Oladotun Bamigbetan, and two others, stated that if the terminal operators were to adjust the THC yearly in line with changes in FX and inflation, the rate should have increased to N185,112 per TEU.

“In real economic terms, the operators are losing revenue by not adjusting their THC in line with market realities,” Deloitte stated. The firm said the foreign exchange challenges that Nigeria faces as a result of the fall in global oil prices is further pronounced for terminal operators, as a large part of their capital expenditure (capex), and operational costs are denominated in Dollars.

It listed the dollar denominated costs to include equipment acquisition and maintenance costs, and payment of lease fees to the Nigerian Ports Authority (NPA). It said: “83 per cent of terminal operators revenues are received in Naira, 17 per cent is received in US dollars. Terminal Operators have to constantly source for US Dollars through the parallel market at very high rates in order to meet their statutory and operational cost obligations.”

The firm further stated that Terminal Operators face huge challenges in the area of storage as the terminals are used as “cheap storage warehouse alternatives” by cargo owners.

“The current policy provides for a free three days storage after which a charge of N900 is applied per day and regulated by the NPA. Importers take advantage of the low storage charges offered by the Terminal Operators to store their imported goods at the terminal as opposed to offsite warehousing facilities that charge as much as N60,000 per day.”