US, UK issue stark warning over travel to Nigeria 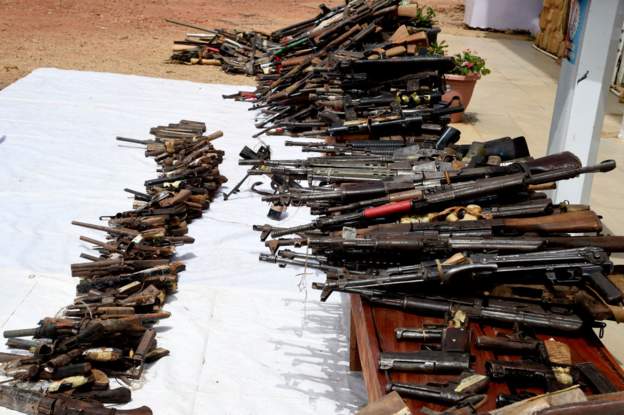 Nigeria is facing rising insecurity at the hand of bandits and violent Islamists.

The US and the UK have issued a stark warning over the risk of terror attacks in Nigeria, with the US embassy in Abuja telling people to “avoid all non-essential travel or movement”.

The US also said Abuja is at special risk of being attacked.

In a security notice it tells people to stay alert and avoid crowds to keep safe.

Meanwhile the UK government warned that “attacks could be indiscriminate and could affect western interests, as well as places visited by tourists”.

Nigeria is facing rising insecurity. Back in July more than 400 prisoners went missing after a prison break which Islamist militants claimed responsibility for.

At the time Defence Minister Bashir Magashi told reporters that 64 jailed jihadists had escaped from the prison.

The government of outgoing President Buhari is facing increasing criticism for its failure to tackle the country’s widespread insecurity with armed kidnapping gangs and militant groups unleashing violence.

Just last week, the First Lady apologised in an interview with the BBC, saying that her husband’s administration tried their best, but may not have lived up to what people expected.